I lost Dilan in Primark today. Don’t get me wrong, I’ve lost him plenty of times in public before, but this was the first time I’ve had to alert security and ask for help finding him. He was hiding in the rails one minute, pretending he was invisible as I watched his orange wellies jump around excitedly. Then, seconds later, he wasn’t. As I searched under the clothing racks for his feet mild panic set in. I stopped, waiting to hear him giggling behind me or for him to jump out shouting “RAWR!” but there was nothing. 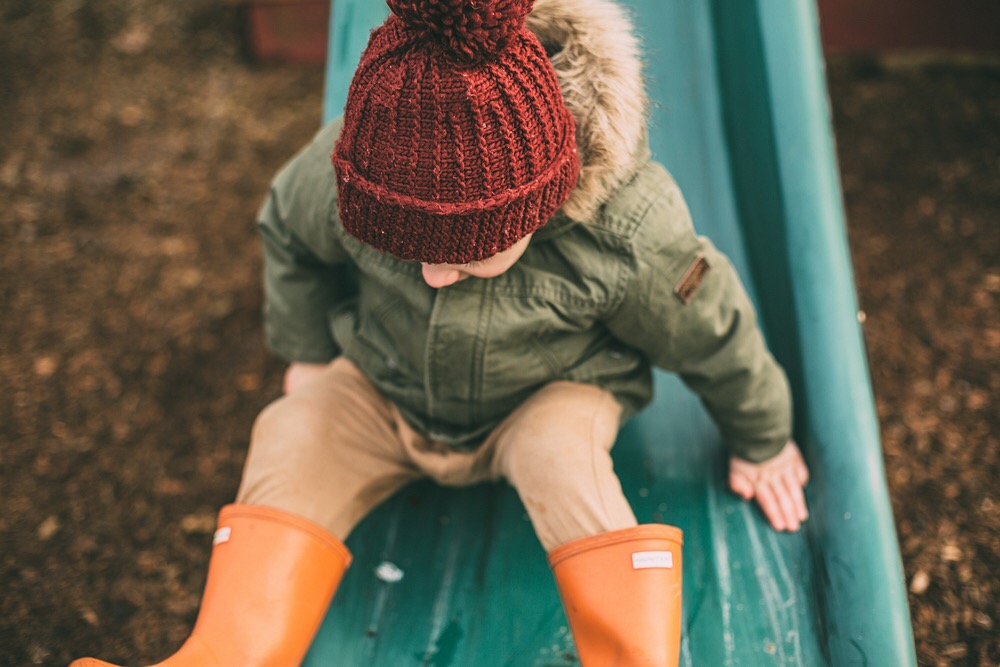 Real panic set it after a minute or so of looking, he’s never been gone for that long. If you know Norwich Primark you’ll know it’s set out over two floors and has two exits, both leading out into busy parts of the city so I was immediately concerned I wouldn’t be able to find him alone.

Within seconds of me alerting security the staff were on their radios, describing my little three year old in his orange wellies. Apparently they’ll only look for 5-10 minutes before calling the police. By this point my heart was racing and I was blinking back tears as a million thoughts ran through my head. Besides the usual worst case child abductor type scenarios, I felt overwhelmed with guilt. How could I have let this happen, how could I have lost him. Did I take my eye off him for too long, did I move too far away from his hiding place. Would he be as panicked as I was once he realised he couldn’t get back to me, would he ever forgive me for letting him out of my sight. I was reasonably sure we’d find him hiding somewhere, giggling at his hide and seek skill level but what if we didn’t. He wouldn’t leave the store without me. Would he? As the seconds ticked by I became less and less confident about that. 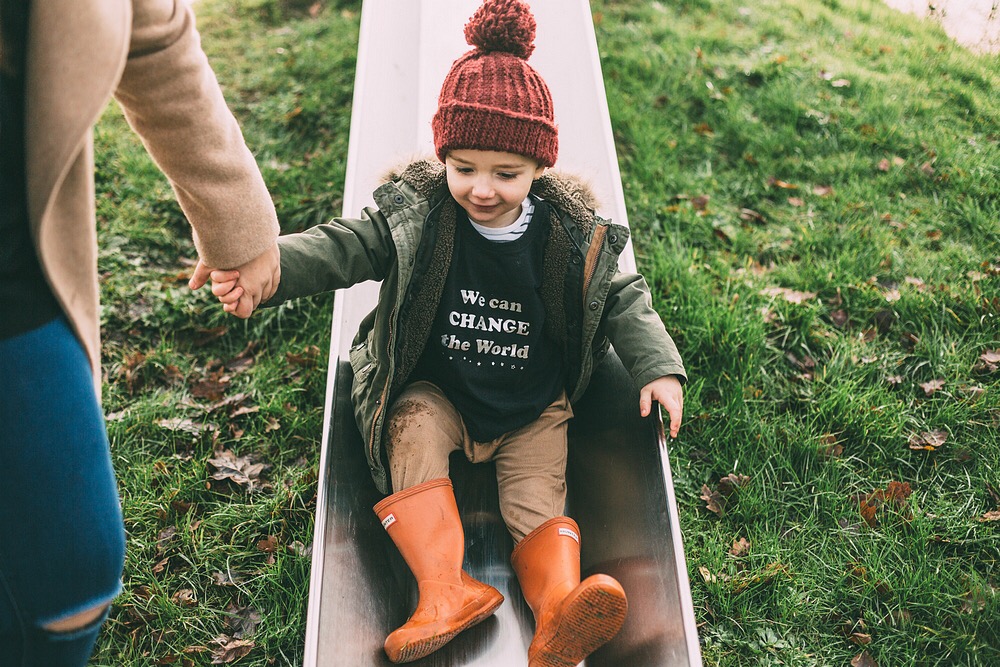 The security guard told me to stay by the doors while he and the rest of the staff searched the store. I paced back and forth, scanning the shop for those familiar little toes. “Don’t freak out, don’t freak out” I whispered over and over again. Within what was probably a few minutes but felt like an hour I saw the security guard pointing down and shout “we’ve got him”, followed by another member of staff who was gently herding my happy little child towards me.

I ran towards him and dropped to my knees to scoop him up and hold him close. Obviously he was totally fine, mostly just confused by what all the fuss was about. The member of staff explained she had seen him running around the store and spotted his orange wellies straight away. Thank god for those orange wellies. 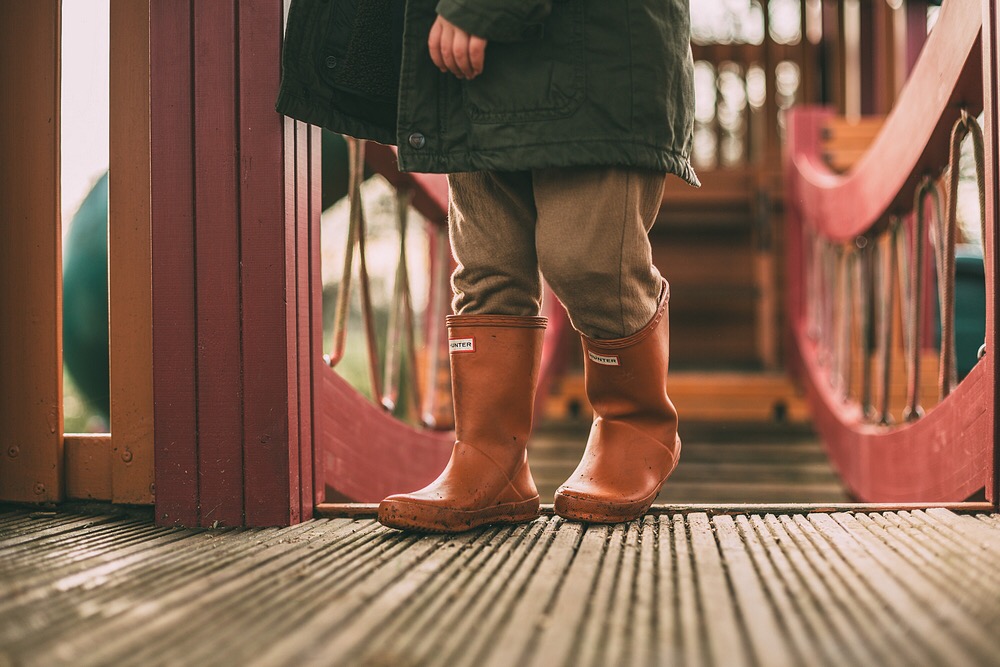 I held it together to walk out of the store and back to the car before I burst into tears. The guilt and the shame of losing him, the fear of what could’ve happened, torturing myself with worst case scenarios. The agonising wait, punishing myself for making a mistake, and the feelings of absolute helplessness as I prayed that someone in the store would spot my son.

Sometimes it feels like that’s all parenting is. Guilt and shame, fear of making a mistake or fear of judgement from others. I am human, I make mistakes. I get things wrong and I fuck things up. I made one today, and I feel so incredibly awful about it. What happened today was my fault. It doesn’t matter how many times I tell him not to run off, no matter how many times I explain he must stay where I can see him. He’s three – he’s a flight risk with no impulse control or understanding of consequence, and I am the responsible adult. 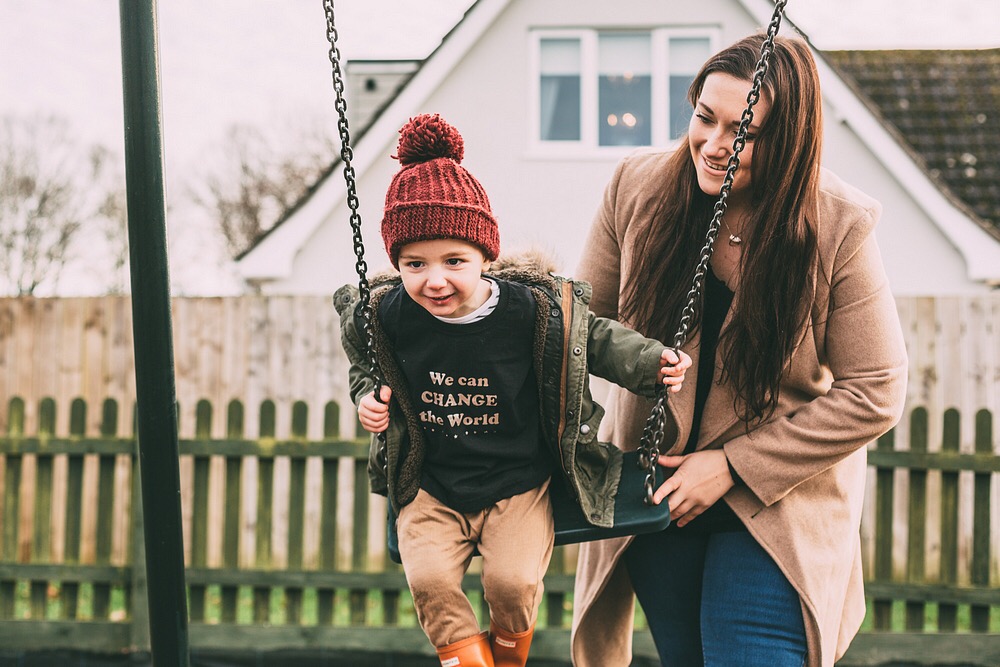 For a minute today I was ready to hand back my Motherhood badge. I messed up, I don’t deserve it. I can’t handle the pressure or the responsibility. My only job in the world is to keep him alive and keep him safe and today I almost failed at that, which is an awful feeling. But he’s only three, so I’m pretty sure I have a whole lot more of my own fuck ups to come. And I’m pretty sure that other people who love and look after Dil will make mistakes too, and in those moments I will remember my own. I will remember that we are all human, we are all doing our very best, but sometimes we get it wrong. Sometimes we lose our child in a busy shop, sometimes we let them fall before we are able to catch them, sometimes things don’t go our way.

Parents aren’t superheroes, we aren’t perfect, we do get it wrong. What matters is we reach out for help when we need it, we learn and grow just as much as our children do, and we try harder tomorrow. I definitely know I will be trying harder tomorrow.

Dilan is absolutely fine of course. In fact as soon as we left he genuinely asked me if we could play hide and seek again. When he asked me what was wrong I told him that losing him had scared me, so he asked if I was happy now he was back. I asked if he had been worried once he realised he couldn’t see me but he said no, because he knew I would always be able to find him. And if there’s ever an indication that I’m doing something right, there it is. 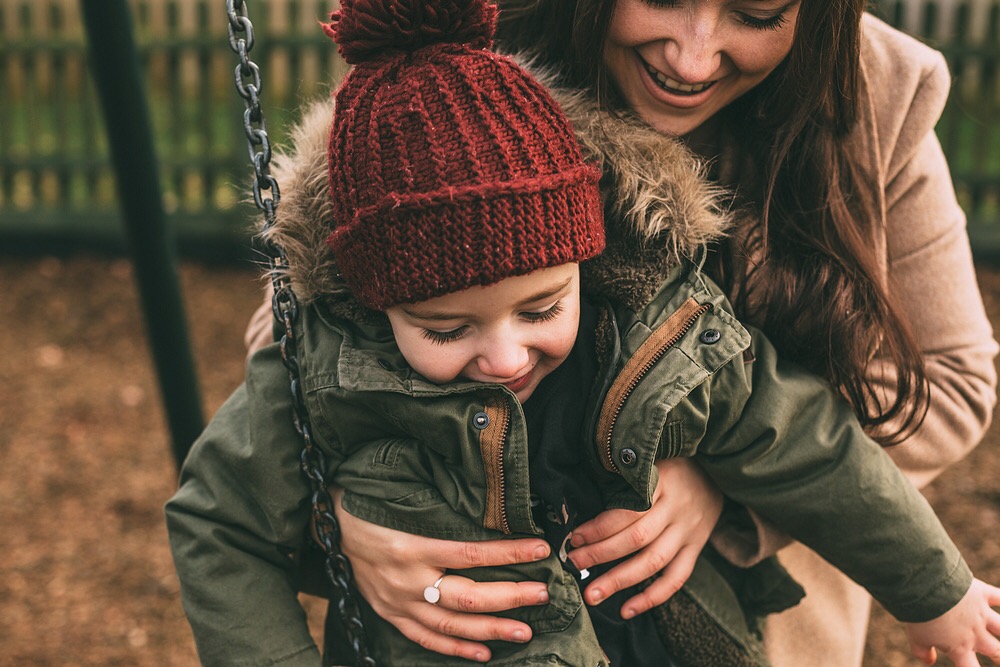