*This is part of a paid collaboration with Snatch*

Snatch is a new augmented reality game, similar to things like Pokémon Go and the new Harry Potter game Wizards Unite. Augmented reality is a technology that involves computer generated images being superimposed onto your own reality – so this means Pokémon characters, Hagrid and Voldemort or in this case small yellow boxes can appear in your bath or living room. These types of games involve searching (the real world) for items that have been digitally placed, so you will have to physically walk around to locate what you’re looking for. The difference between Snatch and the other AR games out there is that within the Snatch game you can win actual real world prizes; including vouchers, experiences, and even cash. 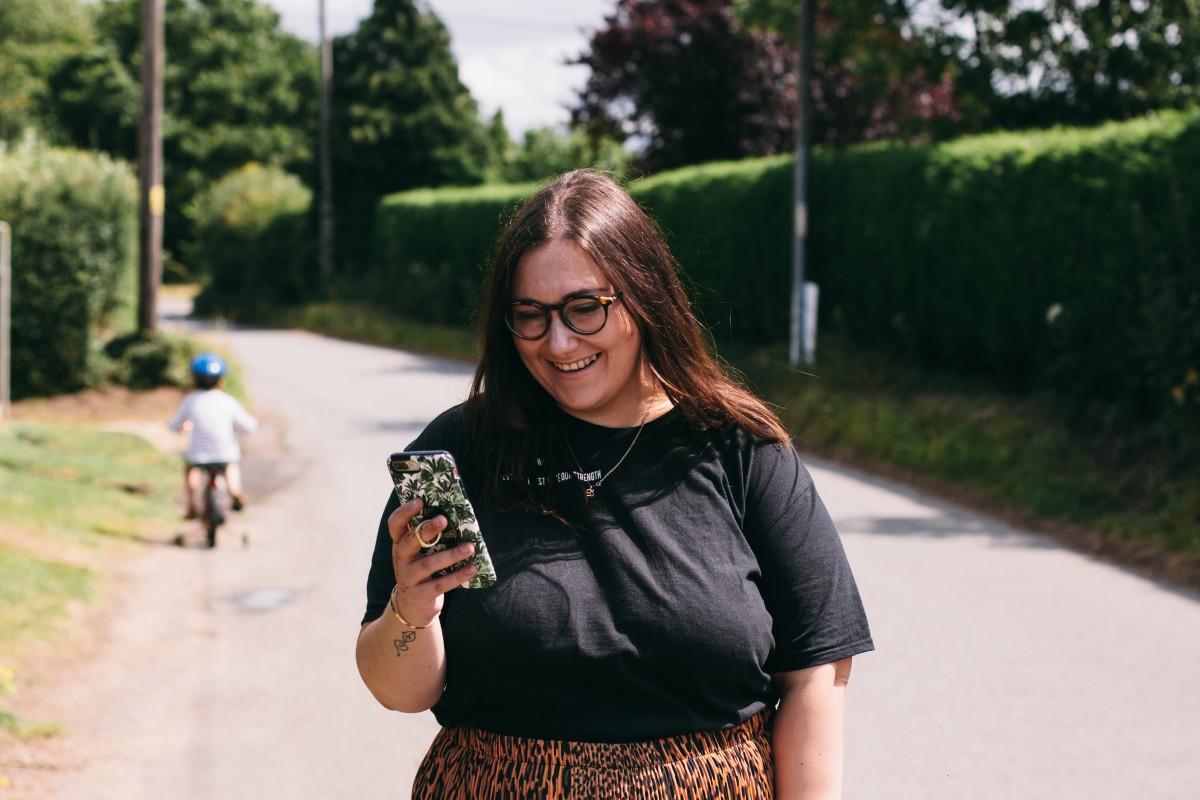 We’ve been playing Snatch for about two weeks now so here’s how we’ve been getting on, plus some tips on how to play. It might sound a bit complicated at first but it’s really not – and the best way to figure it out is just to download the app and have a go! By inviting friends to the game you will win extra coins and be in with a chance to win some real cash thanks to the referral leader board and the monthly prize draws, so if you clicked my link thanks for boosting my chance of this!

As you enter the world of Snatch you will see a map of your surrounding area, some funny yellow boxes and a few other Snatch players. The yellow boxes are the parcels with contain all of your potential prizes, and the aim of the game is to collect these yellow parcels, protect them from other players who can try to ‘snatch’ them from you, and open them once the timer has finished to reveal your prize. Some of the parcels may be close to you and within your reach, and some will be a little further away meaning you have to walk towards them (like actually walk, get up off your feet and leave your house – Dil didn’t really get this bit at first and thought we could make the person on the screen move like a traditional computer game). 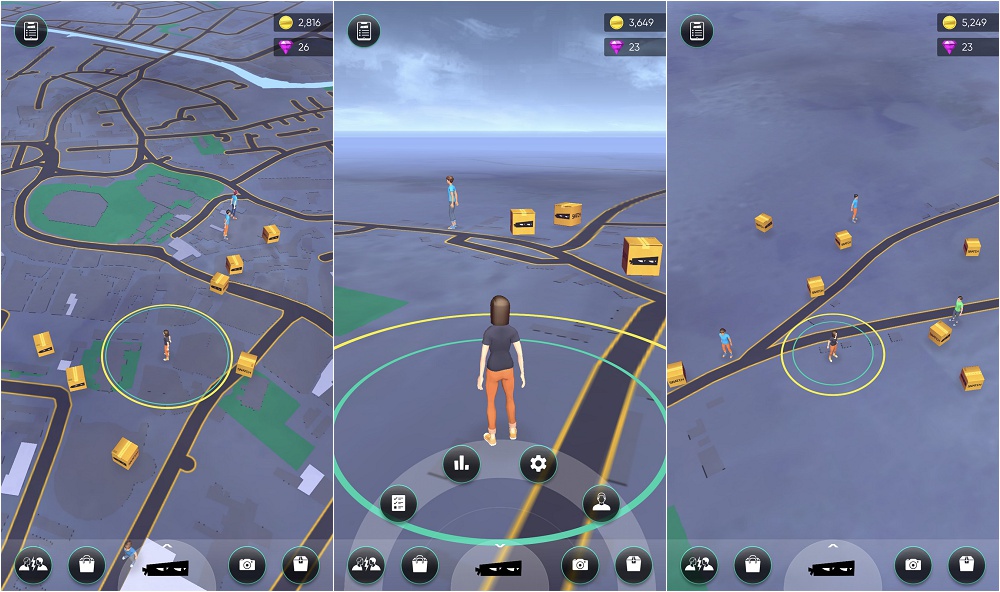 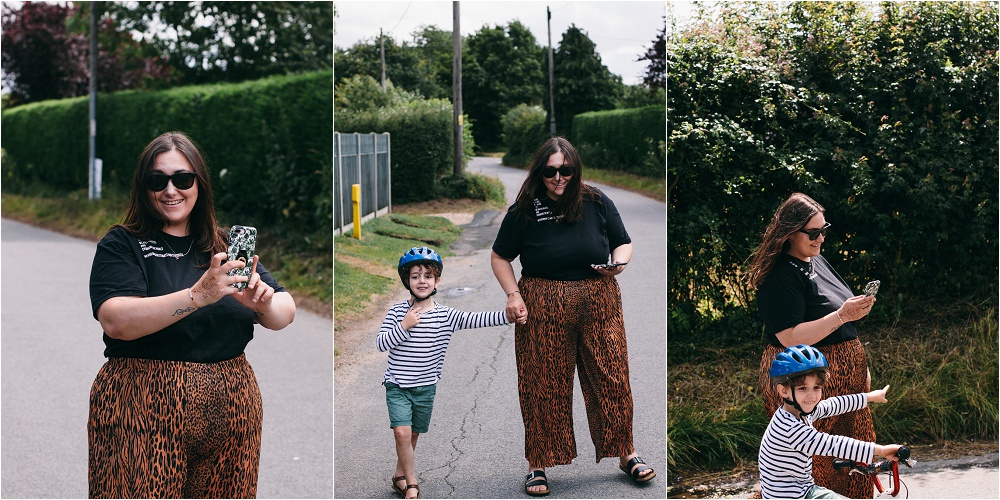 Once you have a yellow box within your collection range it will have a blue circle appear around it. Click the package, and it will appear in the room with you – proper cool augmented reality stuff! Keep your target locked onto the parcel as it moves around you for long enough and it will be yours.  Then the 6 hour timer will begin. Keep your parcel safe from other Snatch players for the full 6 hours and the prize inside is all yours!

A note about other players – in order to keep users safe and keep their location private, the app actually jumbles players around a bit. It may seem like your next door neighbour is playing along, but it actually could be someone from much further away. The app shuffles players, meaning far away players seem closer and players who are close by will actually be further away within the app. All the players you see on the map are real players though, Snatch has no bots within the game.

So we’ve been playing for a little while now and our success has been limited. A lot of our parcels seem to get snatched while we are asleep (more on that below), but we have opened a few and won coins for use in the game, as well as a Prezzybox voucher and a 50 day trial of Kids Pass for £1. Within the game you can ‘like’ different potential prizes from the ‘Snatch List’, to personalise your preferences and get more of the stuff you like. Currently on my Snatch List we have a Lamborghini driving experience, a spa day for 2, 6 months membership to a fitness app and a years free Birchbox subscription, and these seem to change frequently. Golden parcels will also be scattered throughout the app at the end of this month and these are filled with real cash prizes.

My honest opinion so far is that some of the prizes don’t seem totally amazing – a 45 day Kids Pass trial for example is available for a quid without the Snatch app so there isn’t loads of benefit, but the app is new and some of the prizes that are up for grabs do look great so hopefully the prize quality will improve, and you will be rewarded with better prizes as you continue to play. 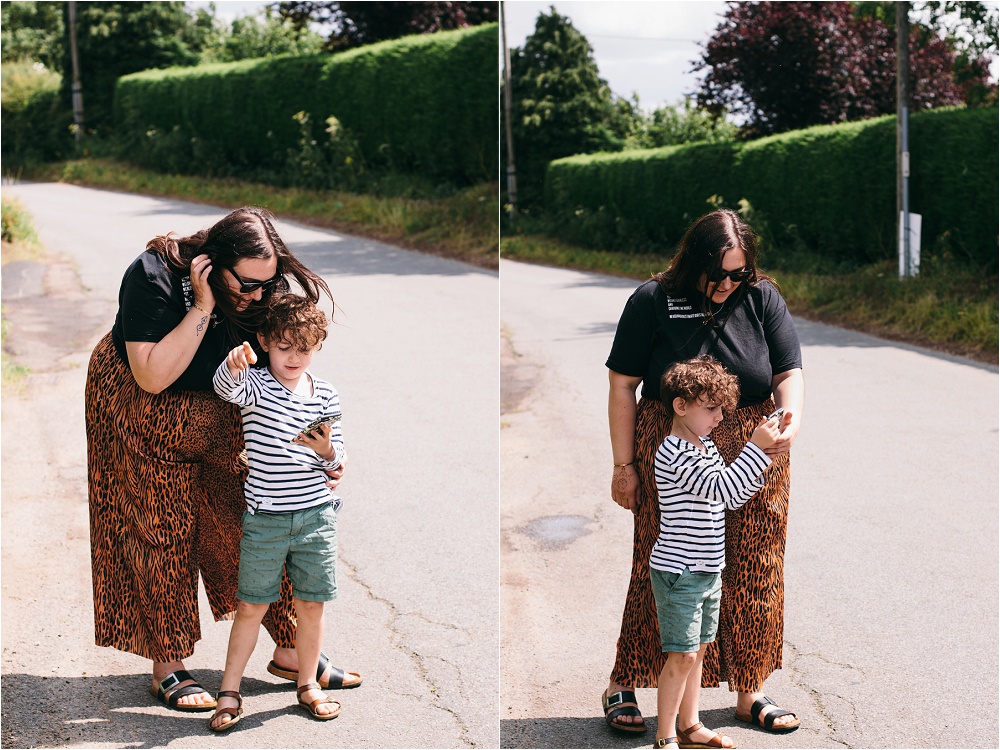 Collecting parcels is only half of the game really, because you also have the ability to ‘snatch’ packages from other players, and you will need to defend your boxes from other potential snatchers too. It costs coins to start a snatch, and to defend your parcels you will need to deploy weapons which also cost you coins. Luckily you start the game with a decent amount of coins, and you are rewarded with more as you play. In app purchase of more coins and gems are available, but I’d say they are for very serious players and we’ve never felt the need.

The advantages of snatching a parcel are that it’s 6 hour timer will already have begun – so you might not have too long to wait before you can open it, and you can snatch from someone without being nearby so you can play without having to get up. A top tip from me (especially if you’re up at silly o’clock looking after a little one..) is to snatch parcels during times other people are usually asleep – I have a lot of success at around midnight when no one is around to defend their box! Conversely though most of ours seem to get snatched between 6-7 am while I’m still asleep, so it works both ways. 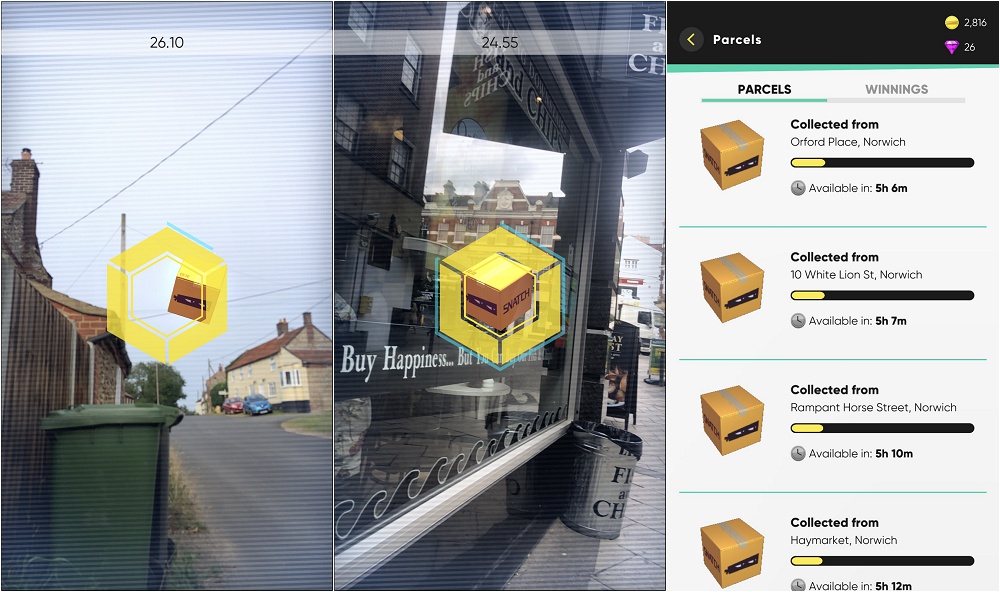 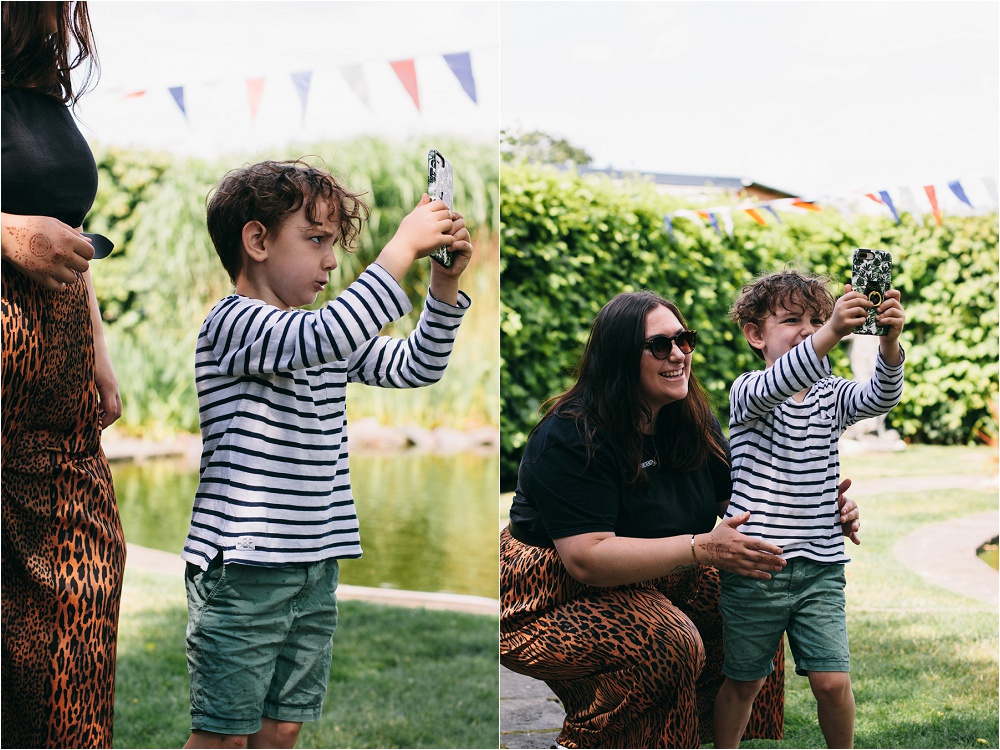 If someone tries to snatch a parcel from you then you will get a notification, and you will have a very limited amount of time to go defend your package (1 minute I think). It is tricky if you’re not always around to check your phone, and so a lot of our parcels get snatched before I even notice but there are so many parcels around, it’s not hard to find some more – or get some revenge and go snatch them back. You can also use your gems which you earn within the game to purchase defensive equipment like a guard dog or a hide out which helps keep your parcels safe for a few hours and buys you some time. 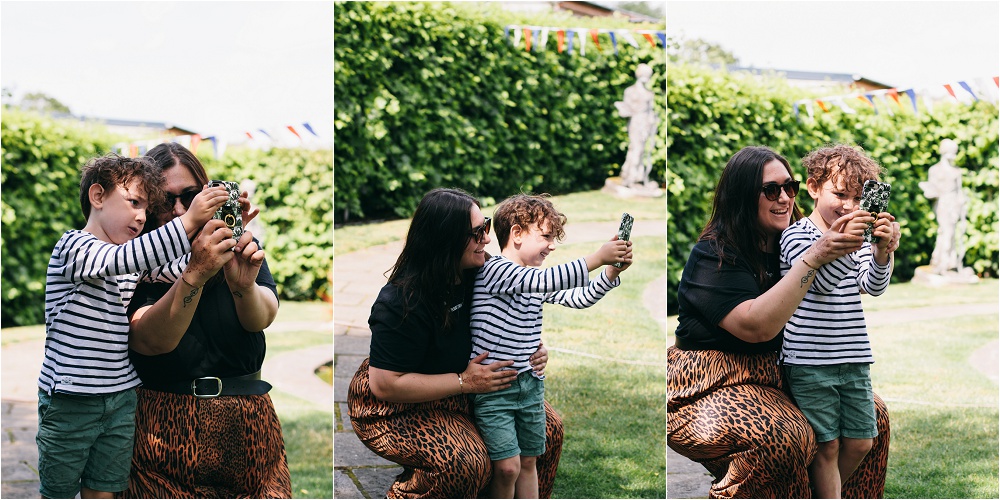 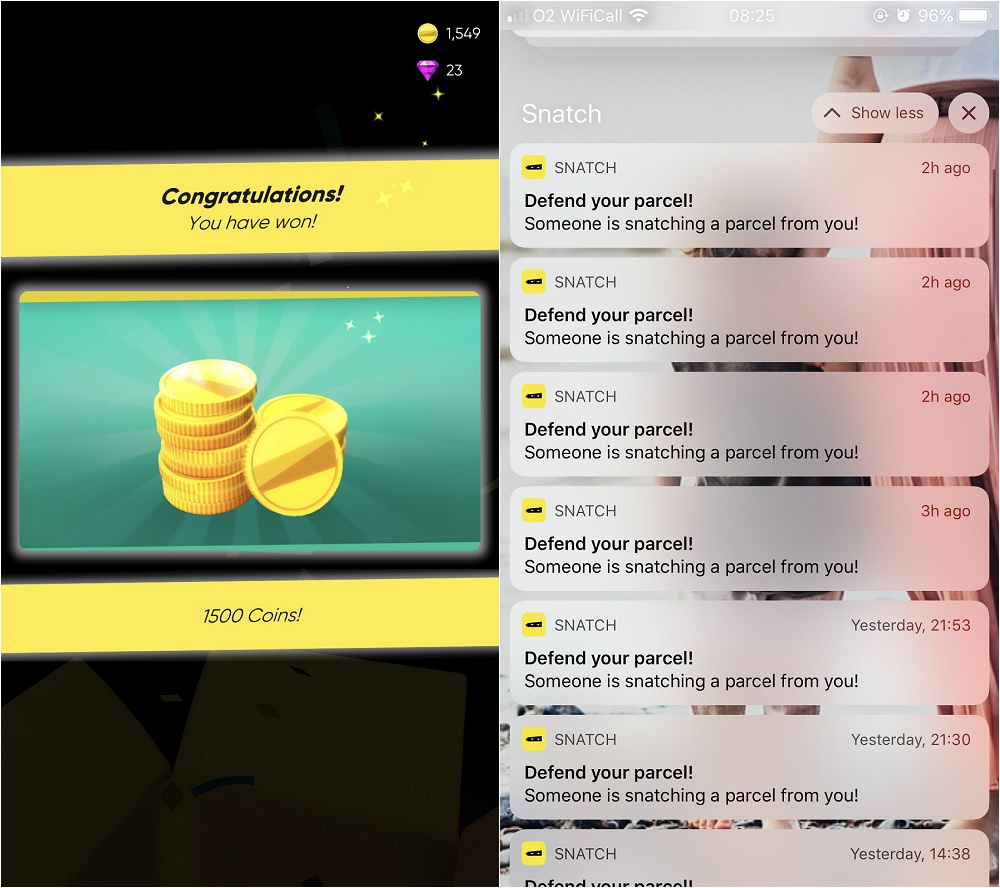 The game currently makes it very hard to defend your parcels and sometimes the app is a little slow to load so you completely miss your opportunity to try and defend. I haven’t had much luck at all with it yet but the developers have acknowledged that they’ve made it too hard and are working on fixing this. A top tip from the people from Snatch themselves are to time deploying your devices early (this will make sense if you have a go at playing it!) which initially takes a little trial and error. Deploying them too early will leave the parcel exposed once they expire, and deploying too late may not leave enough time for the defence to work.

What We Think of Snatch

I’m genuinely quite enjoying playing the game, it’s a welcome escape from my to do list and it’s been a nice excuse to get up off the sofa and go for a walk in the evening to go find some parcels. Dil has enjoyed helping too and has started to ask me in the morning if all of our parcels have been snatched again or not. As I said above so far for us the prizes haven’t been incredible but they’ve been alright, and I’m still holding out for something decent. As the app is fairly new there are some improvements to be made – for example being able to defend parcels better, but the developers seem to be on the case which is good news. They are also working on creating a frequently asked questions page to try and help users better understand the game and how to play.

I know a lot of people really enjoy the similar AR games, and with the added bonus of winning real prizes I think that this one is sure to be a hit. Remember you can use my link to download the app and help me be in with the chance of winning an extra prize too. If you do have a go then please let me know what you think, and let me know what kind of prizes you find inside your box! 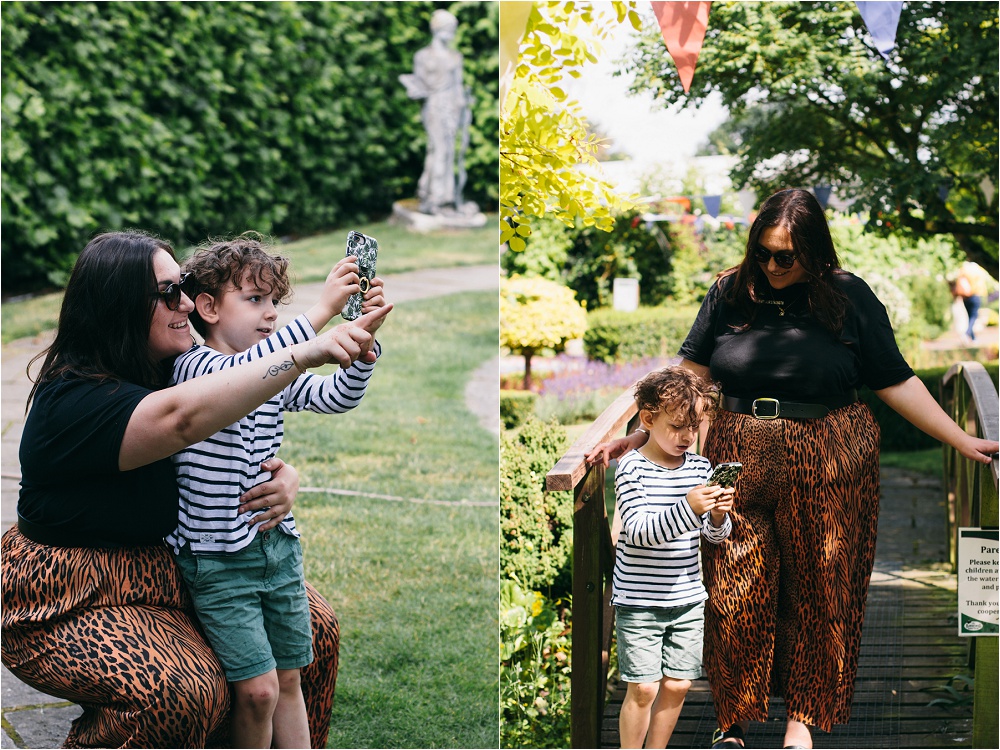 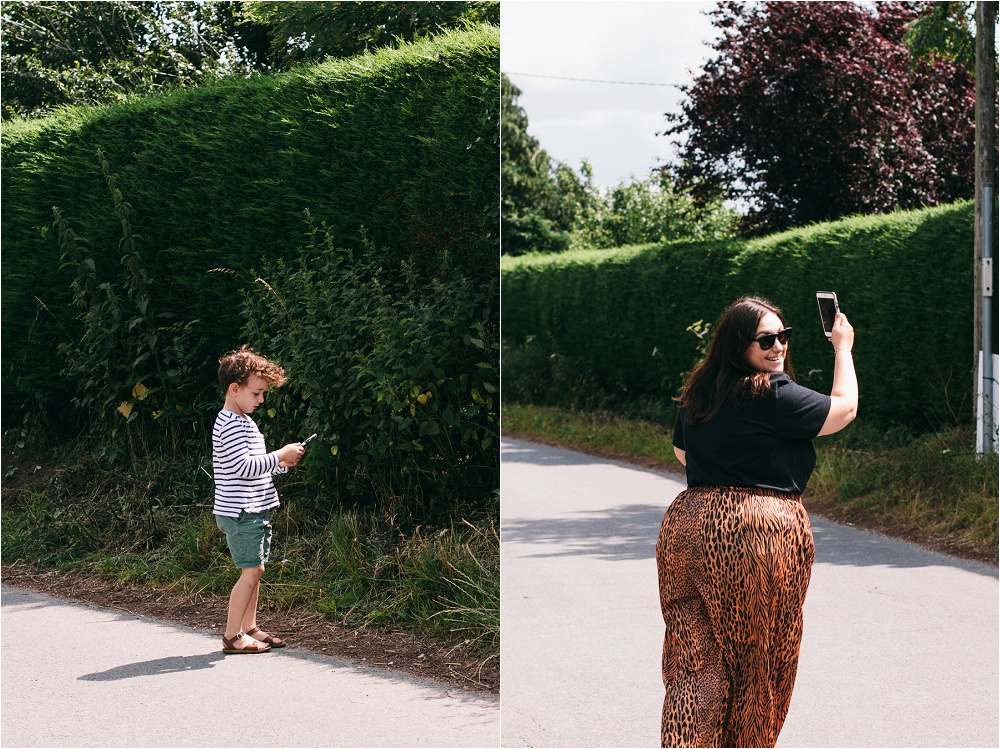