It’s no secret that Dil is Lightning McQueen’s biggest fan, so when we were offered the chance to review the new Cars 3 Aquabeads playset I couldn’t turn it down. I made the mistake of telling him about it straight away and the poor kid asked me every single day (multiple times on some days) if it was here yet, so it’s safe to say he was excited.

If you ever watch kid’s TV it’s quite likely you’ll be familiar with Aquabeads and their catchy/slightly irritating jingle (Aq-ua-beads, just add water…). The concept is very similar to Hama beads – the little plastic beads you used to play with as a kid that you assembled into a design then ironed,  but the Aquabeads are much larger (so more suitable for smaller fingers). To fix the design you simply spray them with water and allow to dry for 10 minutes, so they are pretty cool and much better for younger users. Each kit comes with templates which you place under the layout tray, so you put the right colour bead in each space then squirt with water – pretty simple. 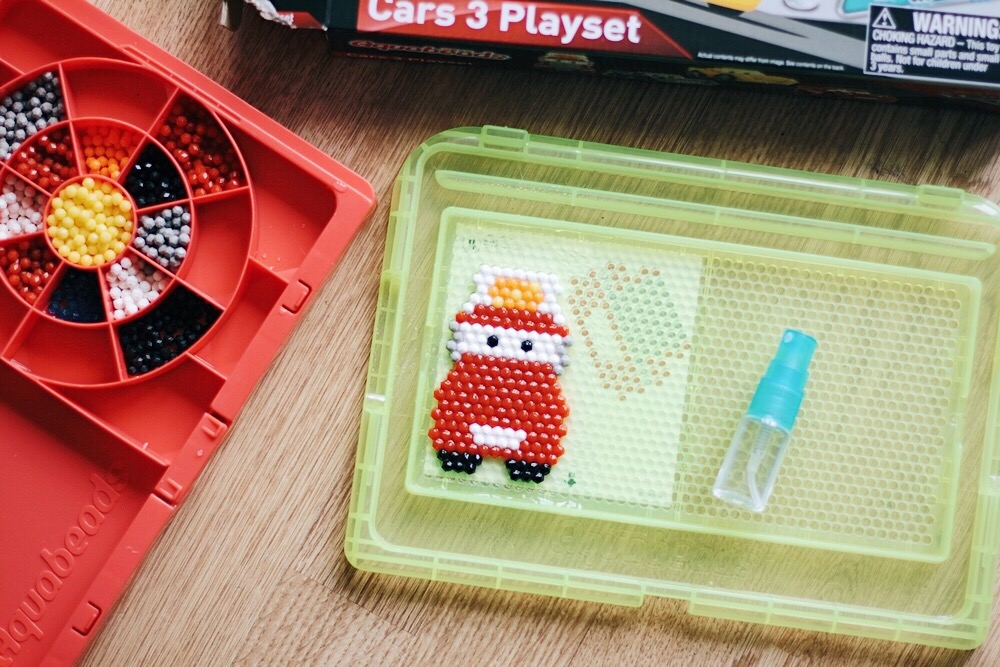 The Cars 3 Playset comes with a layout tray, bead holder, water sprayer, bead peeler and all the beads and templates needed to create Lightning, Cruz, Mack and Jackson Storm.

Aquabeads are recommended for children aged 4+. Dilan will be 4 in November so he’s a little under the recommended age. He’s not usually one for sitting still and concentrating for long, so to be honest I was a little sceptical of how successful we would be with the playset but I was willing to give it a try. 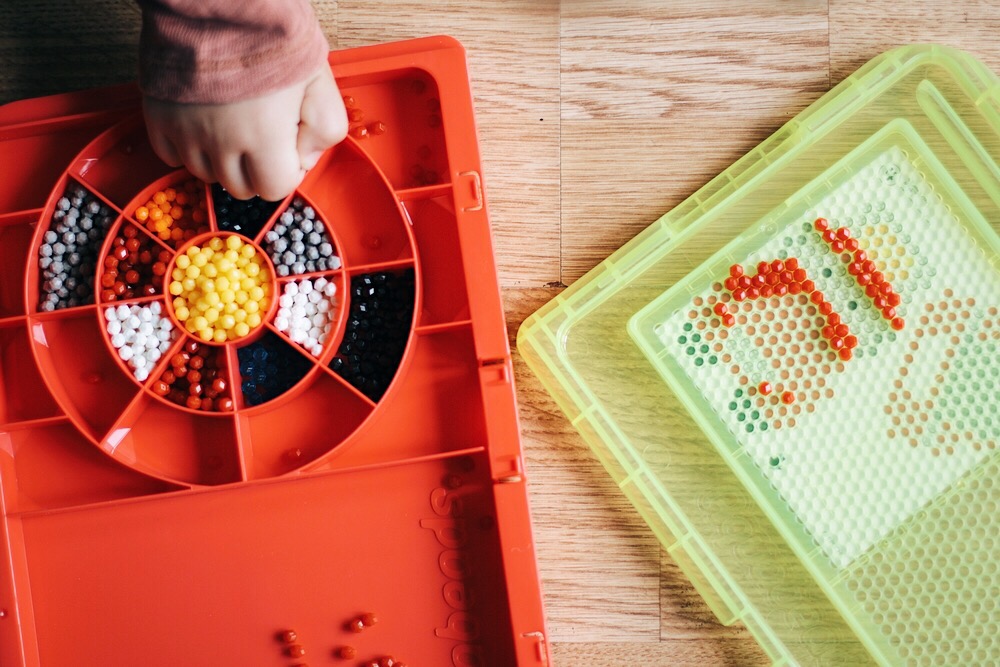 I’m glad I did because honestly I couldn’t have been more wrong. I’ve never seen him so into a craft project, especially one requiring this much concentration. He absolutely loved placing the beads onto the template and creating all of his favourite characters. He was able to do it fairly independently, with a little input and help from me to make sure the beads were in the right places. He completed all four characters in the space of a few days, and enjoyed it so much that we’ve already purchased (and finished) one of the Aquabead refill packs.

There are a few things I would change about this playset. Firstly they seem to provide you with *exactly* the amount of beads that you need – which isn’t ideal if you somehow manage to lose a few. I thought we did a good job of not losing any, but we ended up being a few yellow short and had to improvise with some orange. It would be good to have a few extra as spares. Something I didn’t really like was that the tray in this playset is translucent green rather than clear – it may be old age affecting my eye sight but I found it a little difficult to see the template colours through the green plastic. The only other issue we had was that Dil wasn’t able to use the water sprayer on his own but in fairness he’s not quite 4 and it’s definitely something he’ll probably get with a little more practice. 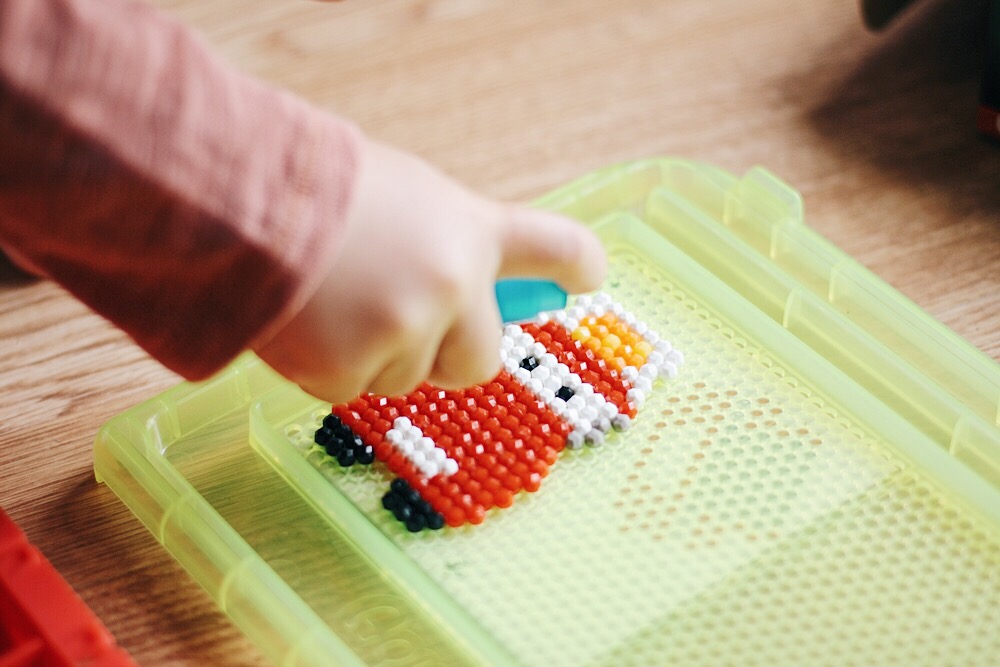 Overall we both really loved this playset, and Aquabeads in general. It was so nice to see Dil get so much joy from a creative activity, and it’s held his attention for far longer than a lot of crafts we’ve done previously. I think it speaks volumes that we’ve already been out and bought more – and he’s finished that whole kit too so I’m sure we’ll be off to get more soon! I think as he gets older he will have even more fun with Aquabeads as he becomes able to do it alone, or even create his own pictures and designs.

Before trying them out I probably never would’ve looked at Aquabeads but I’ve been really pleasantly surprised. I would thoroughly recommend this playset or any other Aquabeads kits to other parents, and I think it’ll probably become our go to birthday present for a while! Give them a go and let me know what you think! 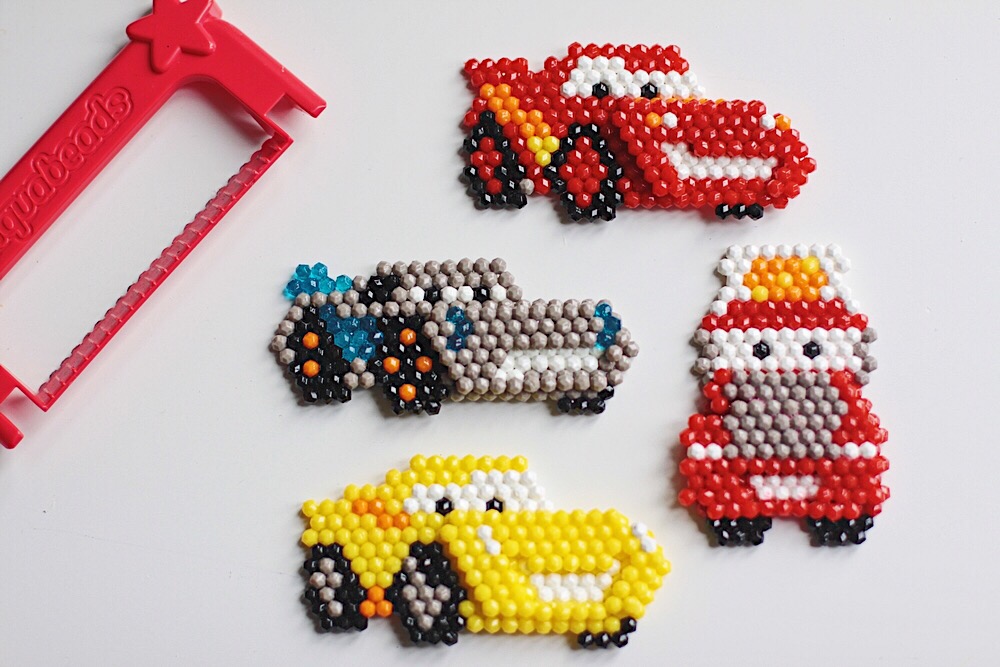 Side note: If anyone has any good ideas for what I could do with all these new Aquabead creations then let me know in the comments! I’m thinking about gluing some magnets to the back and sticking them on the fridge but more ideas would be appreciated!! 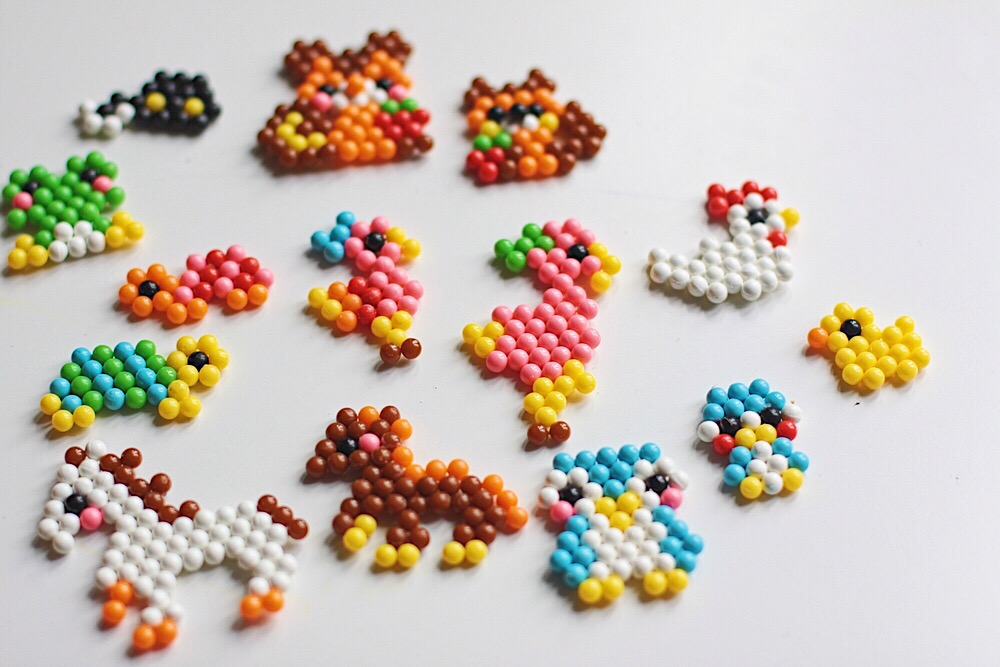 If you’re looking for more Cars 3 products, check out our review of the Cars 3 Giant Floor Puzzle.

*This product was sent to us to review, but all opinions expressed are our own. Contains affiliate links*