We have been reviewing toys and games for a while now, and have worked with Ravensburger before who have sent us some brilliant puzzles, but this game is by far my very favourite. We were sent Funny Bunny to review a few weeks ago now, and we have played it approximately 1009847 times since. It is genuinely a brilliantly simple but fun game, that has managed to hold the attention span of my small child for longer than anything else ever has. I don’t think I can really describe what makes it so good, I’m not sure I really know myself, but for less than £10 on Amazon I would highly recommend finding out for yourself. 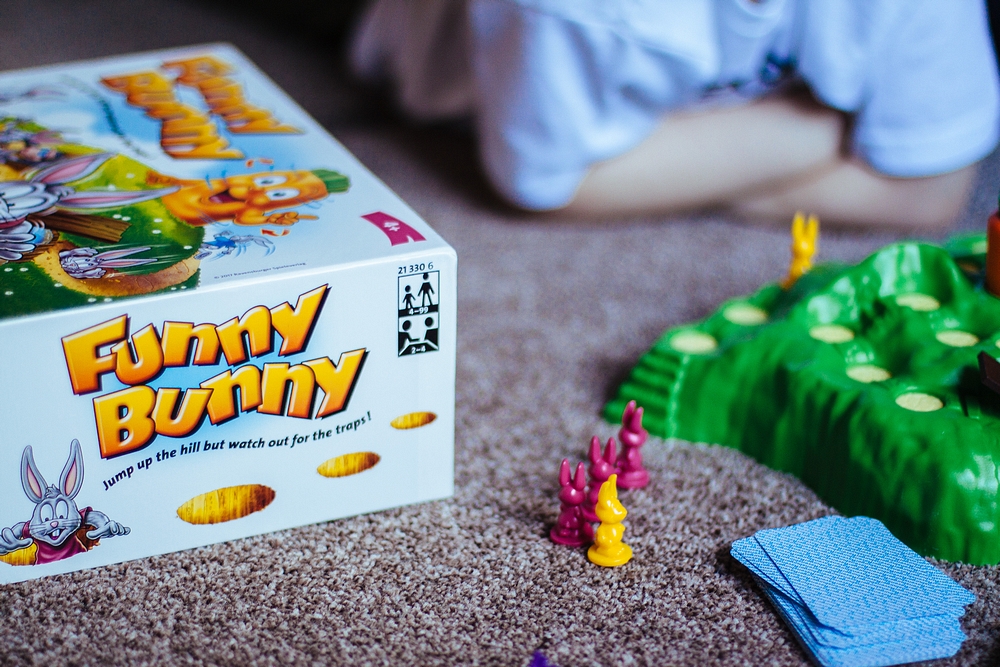 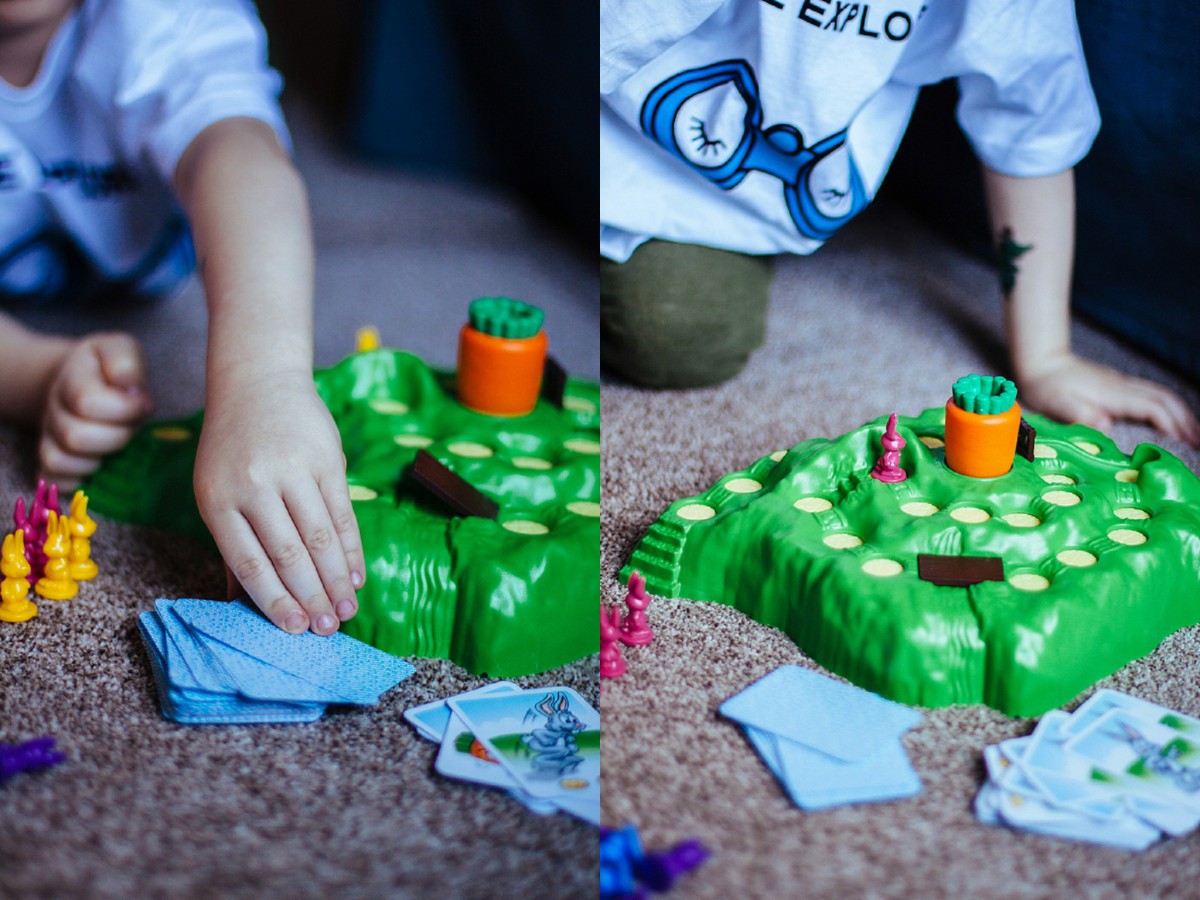 The game itself is quite simple. You each have four bunnies which move around the hill (board) and the first one to reach the carrot in the middle is the winner. Along the way there are holes you might fall in, a gate and bridge that an block your path, and a cheeky mole who may push your bunny straight off the Funny Bunny hill. As you take turns you select a card from the pack, which will either show how many steps you can take, or it will reveal a carrot. If you get a carrot card you twist the carrot in the middle of the board and this can trigger lots of things; the hole can move from where it is to another space on the hill, the pesky mole can pop out knocking a bunny off the hill if it’s in the right space, and the gate and bridge can either open or close. 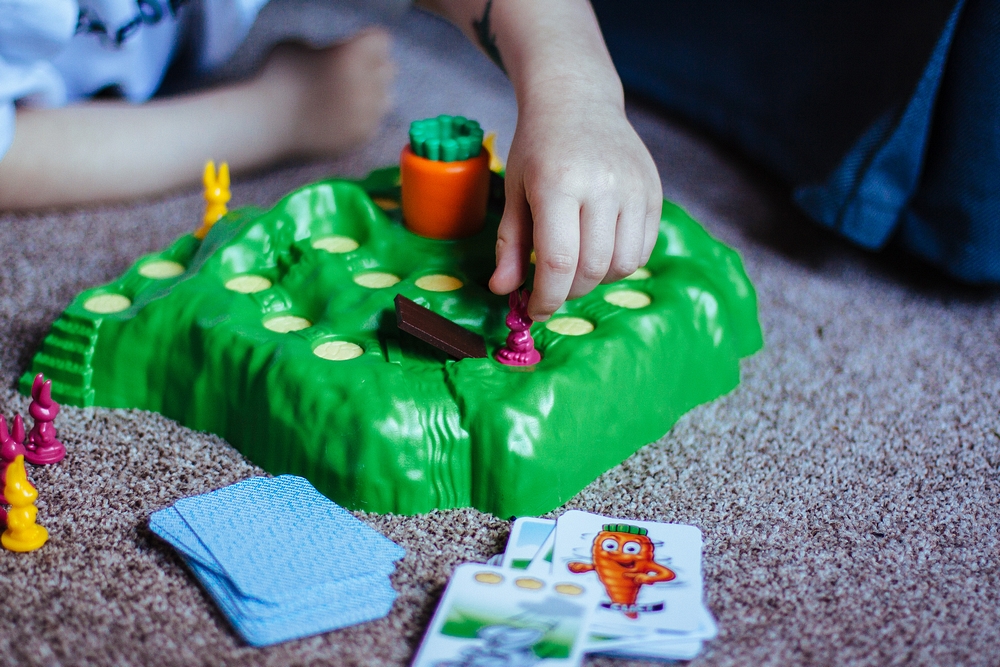 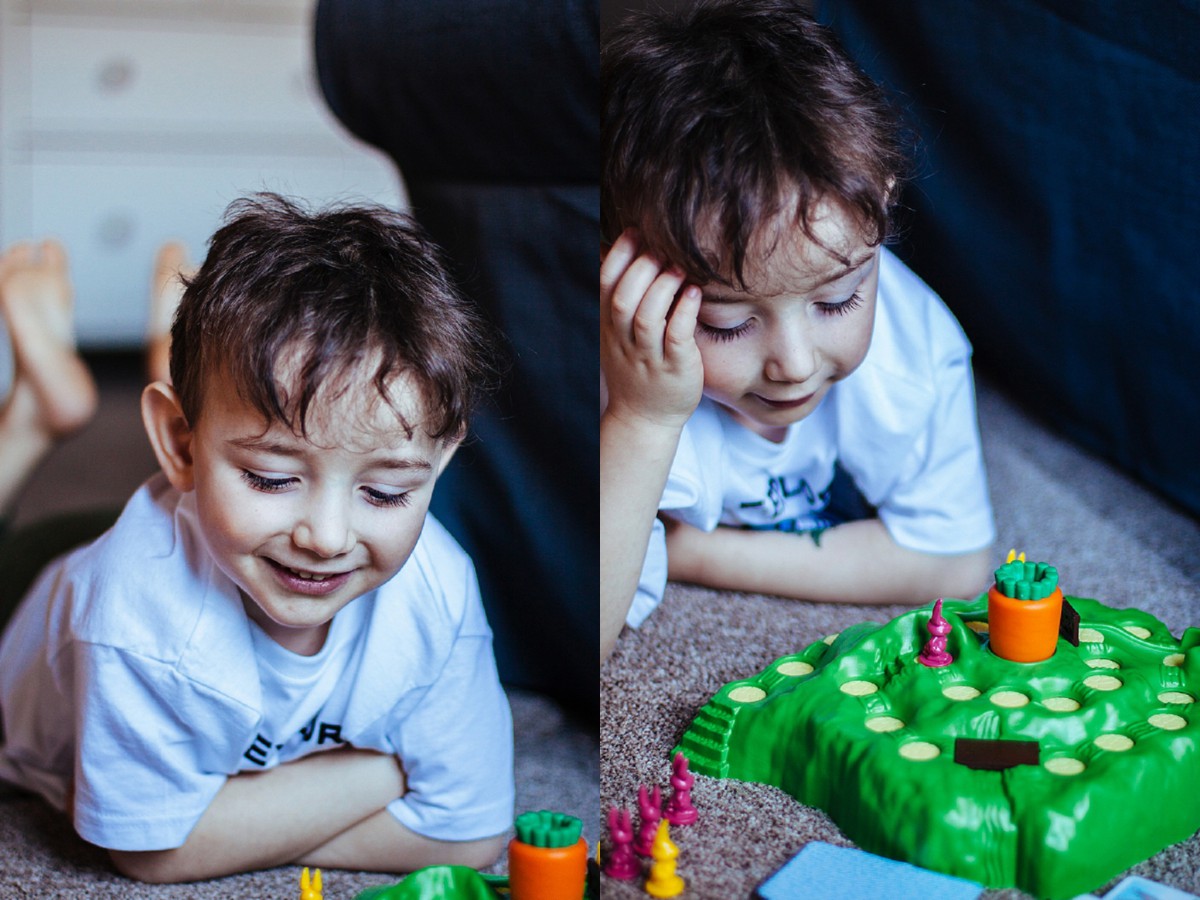 The first time we played Funny Bunny it was just Dil and myself, and we did really enjoy it. We played maybe three times before moving on to something else, and had a bit of a giggle every time one of us fell down the hole or got knocked off by the mole. The next time we got it out was the following day when my parents were over, and for some reason with more players it was just hilarious.  I think as there were more bunnies on the hill, there was more chance of someone falling down a hole and so every time a carrot card came up the room became tense as we waited to see if any of our bunnies would make the dreaded fall. Lots of “oooohhh!!!” and “oh no!!” and the inevitable “haha!” as someone’s bunny plummeted through the gap, usually just as they were approaching the winning spot. There are plenty of carrot cards in the pack so it does get strangely exciting each time the carrot is turned.

As we played people started developing all these different Funny Bunny tactics and game plans, utilising all their bunny ‘players’ to avoid the danger spots and stay in the game. If your bunny is pushed off by the mole you can go back to the start, but if he falls down a hole he’s out and you’ll only have three left. There’s also a little gate that can push you half way down the hill, and the drawbridge will open and close as the carrot is turned meaning it often blocks your path off completely. 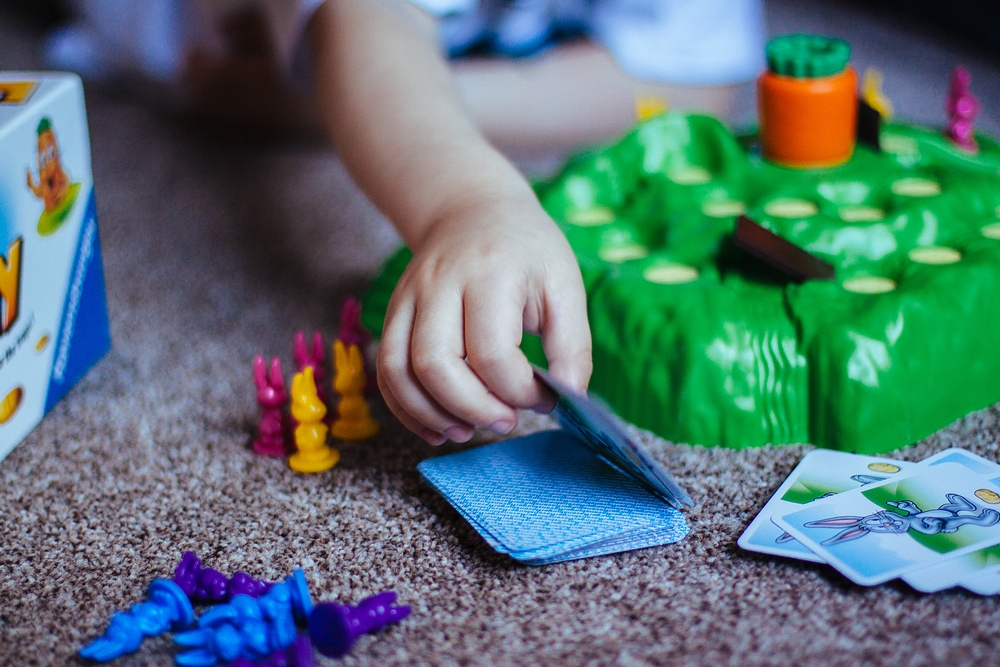 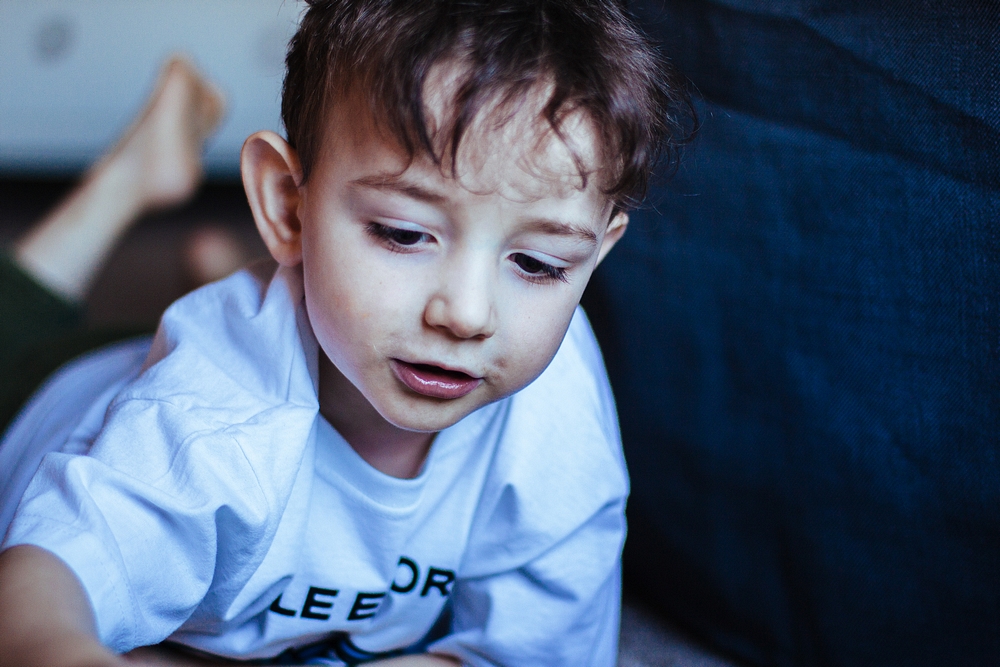 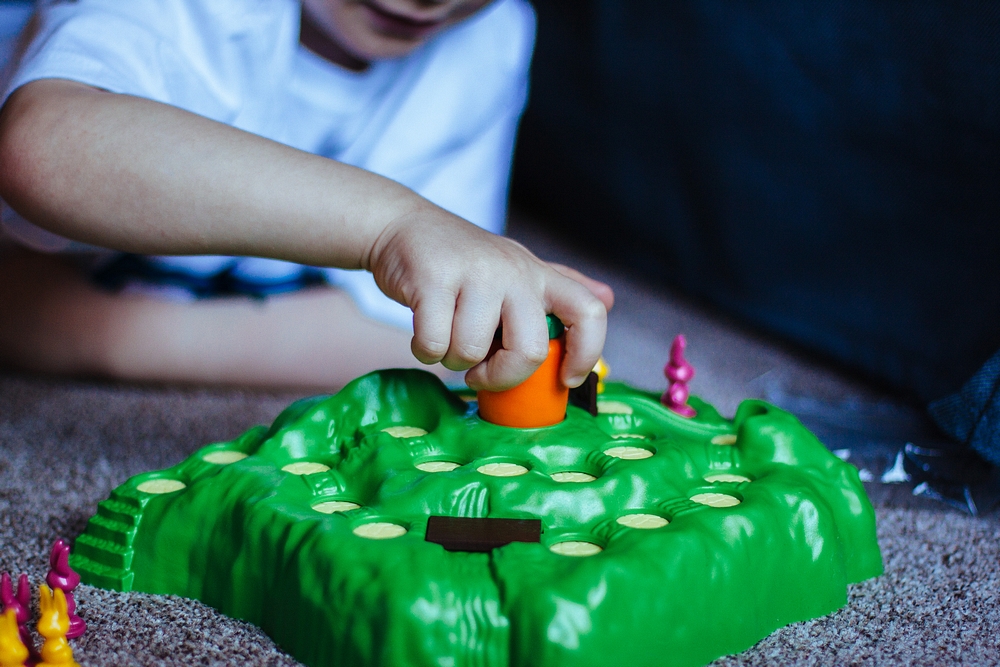 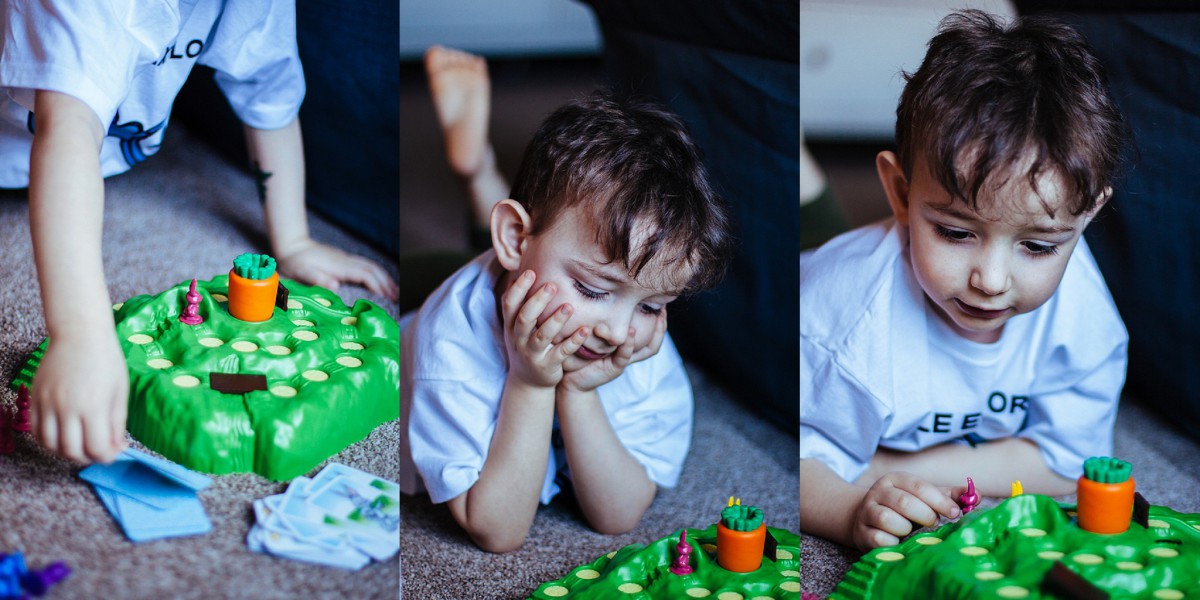 I wasn’t sure if we were just a bit strange for thinking that this game was brilliantly hilarious, but having checked Amazon reviews it does seem that others agree as the game has 4.8 out of 5 stars and some glowing reviews there too. The game is for 2-4 players, and is recommended for ages 4 and over which I would say is about right. My dad is well into his 70s and certainly enjoyed the game just as much as Dil who is 4 and a half. If your child is slightly under 4 I think they would still really enjoy the game too, as the rules are fairly straightforward and the game is quite fast paced and engaging.

My favourite things about this game are the fact that it doesn’t need batteries (winner in my book every time), and that it was fun and entertaining for the whole family. Often I find that games aimed at younger children can become a bit tedious for the adults, but all of us were quite happy to play Funny Bunny all night long. It would make a perfect Easter themed gift, although I know that we will be playing this one all year round. 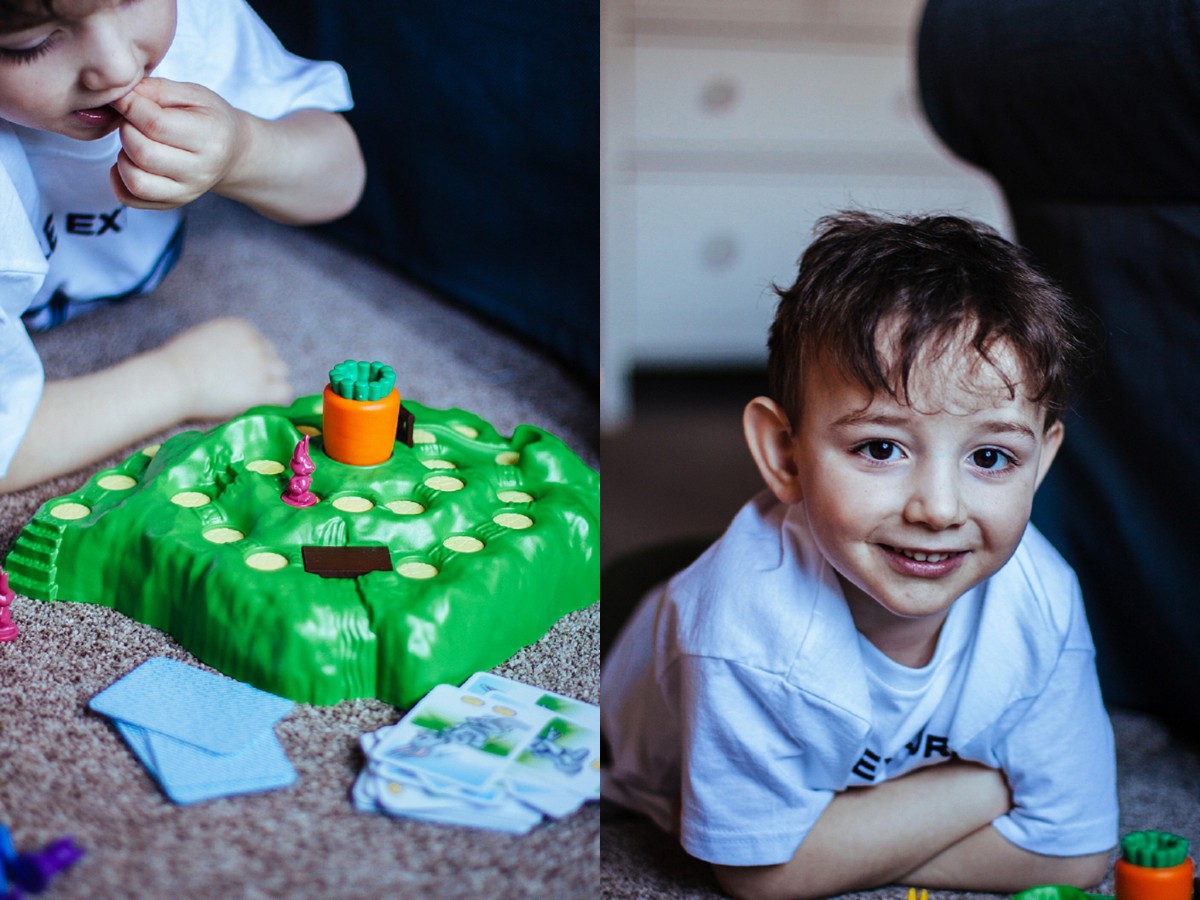 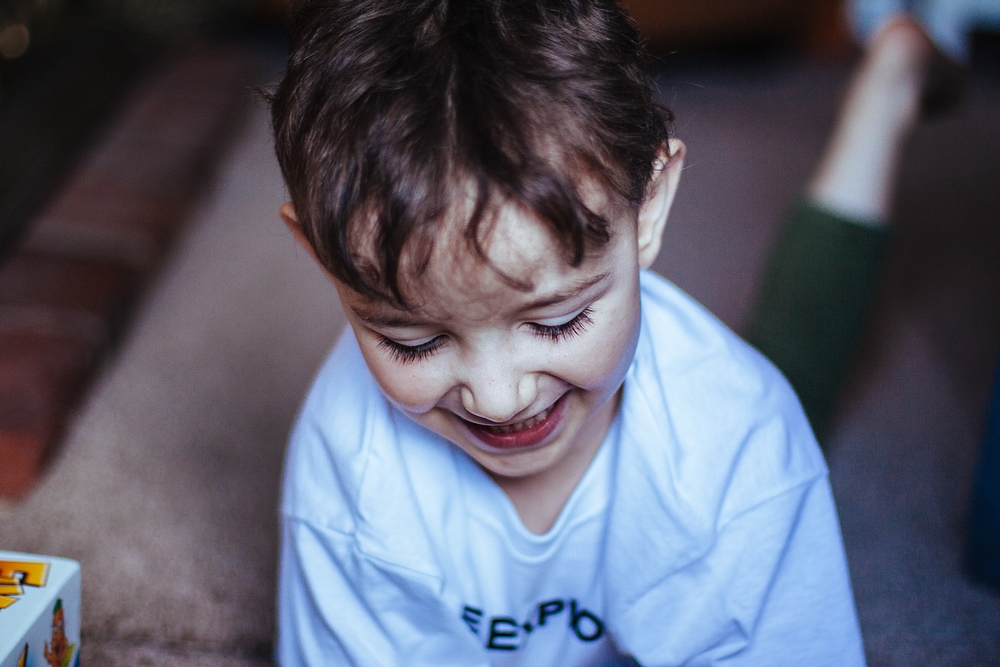 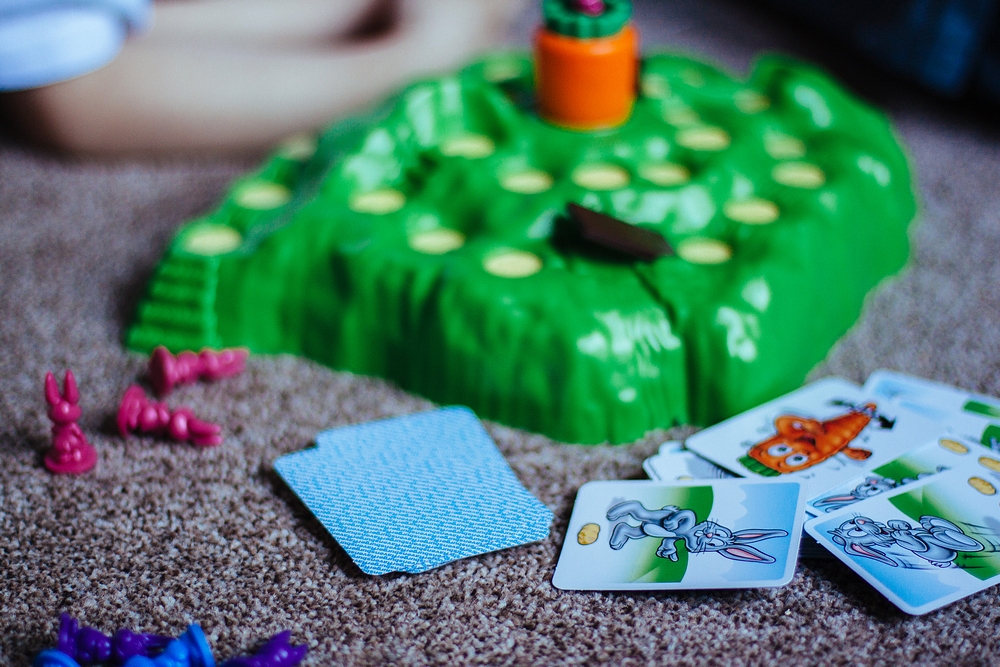 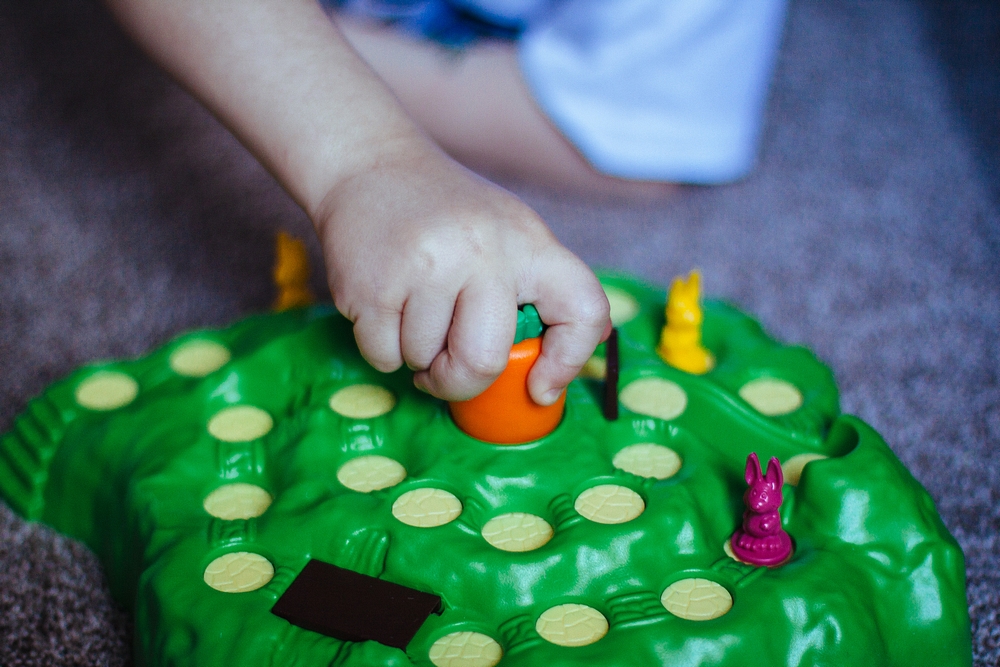 I would really highly recommend this game to anyone with young children, and I would be very surprised if it wasn’t an immediate hit. Plus as I said before it is currently only £9.99 from Amazon, so a bargain for a rainy afternoon of fun. It’s a firm favourite here and I think it will continue to be for a very long time!

*This game was sent to us by Ravensburger for review but all opinions expressed are our own, and I’ve already bought another of these games as a gift because we thought it was so good. Post does contain affiliate links*